John Carney hoped 100 people would attend a fundraiser for Cape Coral resident Aaron Pfuhl. He almost got that wish.

Carney, owner of Carney Properties and Investment Group, wanted 100 people to attend the $100-a-ticket event benefiting his construction supervisor, who lost part of his right leg when he was hit by a drunk driver Feb. 6.

“We do a lot of charity work for all kinds of stuff throughout the year” through his Kitchen of Care fundraisers, Yates said. He recently held benefits for the daughter of a Fort Myers Police Department officer and an equine therapy program.

Police say Pfuhl, 43, was struck on Feb. 6 by Joseph Scafuri, 60, who is accused of driving under the influence, causing injuries and property damage.

Friends and co-workers at Carney Properties in Cape Coral have rallied around Pfuhl, an Ohio native who has worked for Carney for about 1/2 years. They remodeled his home with fixtures donated by Lowe’s to make it handicapped accessible and have organized another fundraiser that will take place May 30.

And John Carney has promised to donate $5,000 from every Carney-built house he sells in the next year. Carney oversees sales, new construction and rental management.

“I want to raise $500,000,” declared Carney, who recently sold a West Indies-style home at 3909 Surfside Blvd. that he finished in March.

Pfuhl has returned to work but because his job is so physical, he is manning a desk for now.

He’s undergoing physical therapy and got a temporary prosthetic leg two weeks ago. Laura Ryder of Ryder Orthopedics Inc. is building him a responsive computerized leg, which could cost as much as $90,000.   ~ News Press 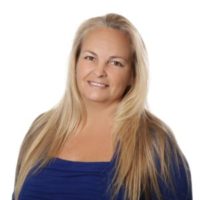 Denise’s desire to provide unmatched customer service, while paying attention to every detail from project commencement to completion represents the hallmark of trust she has earned from clients. As an agent in Southwest Florida for over 18 years, her wealth of knowledge spans all areas of real estate: • New Construction • Foreclosure Purchases • Listing / Buying a Home • Land • Property Management • Renovations Denise’s customer service reputation is built on 22 years in Customer Service with Home Depot, working from the ground floor on up to Pro Desk supervisor and into management. Her approach to client satisfaction is extraordinary, and she exemplifies a work ethic second to none. Denise receives true gratification in successfully helping clients achieve their real estate goals. Whether you are buying, selling, or building your new Carney home, Denise is with you every step of the way!